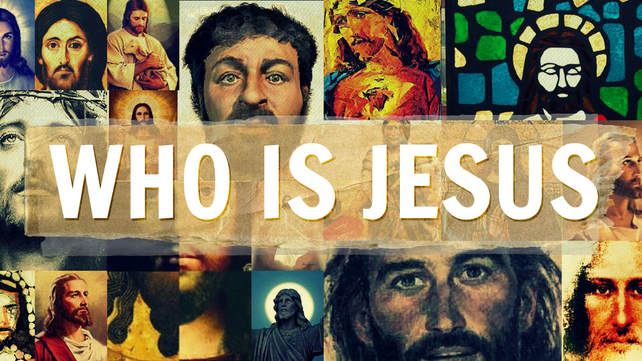 He had an extraordinary birth – in dire circumstances, yet announced by angels. It was predicted hundreds of years beforehand, and is still celebrated 2000 years later as a public holiday in hundreds of countries around the world. Who else gets that honour?!

His extraordinary teaching – the crowds who flocked to hear him were astonished at his teaching, recognising that it was on a different level to any teaching they’d heard before. Jesus taught us to love our enemies, to forgive those who hurt us, to call God our Father. His short stories are amongst the most powerful ever told (try reading the parable of the prodigal son Luke 15:11-32, or the good Samaritan Luke 10:25-37). His teaching has been applauded by Gandhi and Mohammed amongst others. His teaching helped revolutionise attitudes to children, to women, to humility, and to governments. And most importantly, Jesus practised what he preached.

His extraordinary miracles – one of the reasons the crowd flocked to Jesus was to witness one of his many healing miracles. He made the blind see, the deaf hear, the lame walk. He even raised the dead. But it wasn’t just healing miracles – he also calmed a storm with a word, walked on water, and fed 5000 people with a small packed lunch. Even secular historians of his era talked about his fame as a miracle worker.

His extraordinary compassion – Jesus showed concern for everyone he met, regardless of their status, background or personal history. He was just at home talking with prostitutes as rulers, with criminals as with authorities, with children and widows as with hardened Roman soldiers. His words and his touch brought peace to anguished hearts, restoration to broken lives, hope to the hopeless, forgiveness to the guilty, freedom to those imprisoned by their history or circumstances.  And Jesus wants us to know his extraordinary compassion, too.

His extraordinary death – betrayed by a friend for 30 pieces of silver, tried by a court stacked with false witnesses, handed over to death by a ruler who found him innocent, Jesus was then executed by crucifixion – one of the most horrific means of death ever invented by the cruel imagination of man. At the end, he felt himself abandoned even by God himself. Yet Jesus saw his death as the climax of his mission – he even said “it is necessary that I die”. He saw his life as a ransom for many – for he knew that by his sacrificial death, he was unlocking a doorway to God’s kingdom for millions of others. Jesus was innocent, yet he chose to die, so that we who are guilty, may be forgiven and welcomed into God’s family.

His extraordinary resurrection – his death was confirmed by a professional Roman executioner and his tomb was guarded by soldiers, but that didn’t stop God raising him from the dead. 48 hours after his death, people started seeing him alive again. In the weeks that followed, hundreds of people saw him, spoke with him, ate with him, touched him. Even those who doubted at first soon believed it had really happened – Jesus had conquered death, bringing hope to all of us that there really is more to this life. Others since have tried to disprove Jesus’ resurrection, but no-one has ever produced his body – and some have even become so convinced by the evidence that they’ve become followers of Jesus.

There is no doubt that Jesus was the most extraordinary man who ever lived.

If you would like to find out more about Jesus, do get in touch by contacting Dan or come on our next Alpha course. You could also browse christianity.org.uk which answers many common questions about Jesus and the Christian faith.